All About Domestic Violence and Orders of Protection

Living with an abuser is like having a gun pointed at your head every single day, and never knowing when the gun is going to go off. You feel trapped and terrified. Escape is difficult when you have been isolated and controlled. I have helped hundreds of families in Columbia, Missouri ‌escape‌ ‌domestic‌ ‌violence‌ ‌to‌ ‌make‌ ‌their‌ ‌lives‌ ‌safer,‌ ‌happier,‌ ‌and‌ ‌better.

Domestic violence does not just occur between spouses. It can involve any family or household member, past or present. People who have been in a continuing social, romantic, or intimate relationship can suffer from it, including former spouses, blood relatives, roommates, biological parents of children who have or have not been married. relationship. You don’t have to be living with the abuser at the time the violence occurs.

Victims of domestic violence often keep what’s happening private, afraid of being embarrassed or of potential escalation of the violence. At Benner Family Law, we believe in using the sanctity of the attorney-client privilege to help clients out of highly personal situations where they are being abused or have been falsely accused of abuse. We are your advocate from the beginning to the end of the legal process.

Have You Experienced Domestic Violence?

What is domestic violence? Broad categories of it include assault, battery, coercion, harassment, sexual assault, and unlawful imprisonment. No matter what type of domestic violence you are experiencing, it’s personal, painful, and exhausting. You need the representation of an experienced domestic violence attorney who knows how to navigate the complicated and sensitive legal issues involved.

Have You Been Accused of Domestic Violence?

Being falsely accused of domestic violence can destroy your relationships, your personal life, and your professional life, so you need tough, experienced legal representation to disprove those accusations and get your life back. We can help you confront the allegations of domestic violence and present the truth in legal proceedings by investigating the false allegations of abuse, interviewing witnesses, and gathering documentary evidence.

The first step toward protecting victims of domestic violence is obtaining an ex parte order of protection from the court. This protective order immediately separates you from the abuser, even before the abuser has been able to respond to a legal petition. With our experience in domestic violence law, we can move quickly and strategically to file a petition and obtain a protective order.

This may order the accused to not abuse, threaten, molest, stalk, or disturb your peace, not to enter the premises of your home, or to communicate with you in any way. It might order specific personal property to be turned over to you and enter a temporary order regarding custody of any minor children. Once the abuser has had time to respond to the petition, we help you obtain a full order of protection to help keep you safe while the court decides your case. And if there is a violation of the protective order, we facilitate the filing of criminal charges against the abuser.

If someone has falsely accused you of domestic violence and has obtained an order of protection against you, we will use our expertise and experience to fight the order and the false accusations alleged against you. Benner Family Law will work to restore your rights to property, premises, communication, and child custody.

If you are experiencing domestic violence or have been wrongly accused of domestic violence, use the “Let’s Get Started” form on this page. Complete the information requested and take the first step toward retaining Benner Family Law to walk you through the legal process. With our experience in domestic violence law in Columbia, Missouri, we can help you get your life back again. 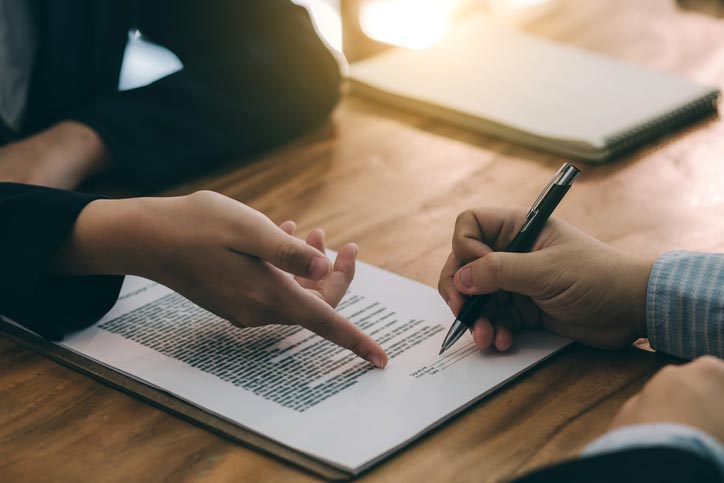